The Life of Bryan 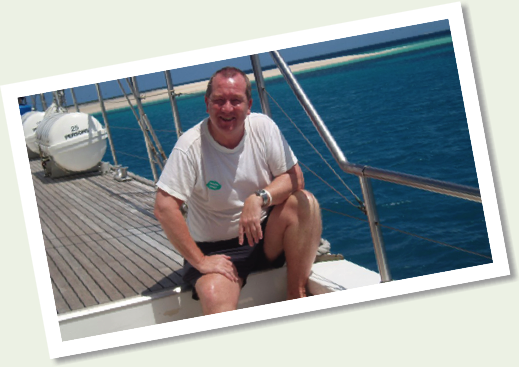 This came as quite a shock simply because, in my mind, I remain an ever-optimistic 25 year-old.

I was born in a small town in Wales although I left there over forty years ago and have only ventured back a few times since. It’s not that I don’t like it there – it is beautiful – it’s just that my life now is very different and “home” is most definitely London. I’ve been in London – to my mind the most amazing, ever-changing and inspiring city on the planet – for nearly forty years now and feel lost if I leave it for too long – except perhaps when I’m lying on a beach somewhere!

Working On A Dream

Well over twenty years ago now I embarked upon a major change in career – call it a mid life crisis if you like! - when I became completely disenchanted with the banking industry in which I had worked since leaving school. I got quite heavily involved in a digital satellite television project (that never actually got off the ground, if you’ll excuse the pun) and also in putting together some more mainstream TV productions. A further career shift soon followed after the main TV project failed to gain traction and, though I had no real “career plan” that I can remember, I took on responsibility for running a major worldwide women’s health charity.

Don't even think of trying to find the connection between high finance, television and what I ended up doing - there isn't one! The fact is that I got very bored with banking and when the opportunity to do something linked to TV came up I jumped at the chance. As you can tell, things didn't quite work out as I'd planned – it really IS a long and rather disheartening story that speaks volumes about trust, personal relationships and the depths to which some people will stoop to make money – and the thought of going back to finance horrified me so I ended up doing something completely different, to say the least......!!!!!! Before you jump to the wrong conclusion, I am not bitter….not very bitter anyway!

I am now retried and the freedom that not having to go to work allows me gives me the opportunity to take the time to do more of the things in life that I really enjoy – all of which have been, and will continue to be, reflected on this website.

The Eyes Have It

When I was very young, my mother always said that if I didn't stop doing that I would either get hairs on my palms or go blind. So far my hands remain follically unchallenged but, ironically, maybe she was right about the other thing........

About fourteen years ago, I was diagnosed with a form of macular degeneration – a relatively rare thing in one then as young as I was (OK - I may now have reached my sixties but, at the time of my diagnosis, it was generally accepted that this usually affected people significantly older than me!). Basically, it means that my central field of vision is impaired and my peripheral vision is also slightly out of whack. So far, things are manageable but there may come a time when I have no alternative but to accept that doing things like updating this site may no longer be possible.

In the meantime, life goes on – and, so far, things have been holding up pretty well. When I was first diagnosed, there was little doubt that, by now, I would be in far worse shape than I am. So – thanks to the amazing skills of the best doctors I could find and the support of my friends and family – I am living a pretty near normal existence. On yes – and my photography seems to have improved exponentially. Bizarre!

I’m not sure what else I can usefully add. Life is good – I intend to keep on having fun and to add to this site everything that makes my life and the things in it so enjoyable!

If you'd like to know more about me, you can always e-mail me with any questions!